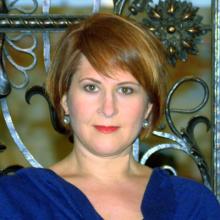 Claire has twenty years of experience as a digital marketing and content strategist for high-profile institutions in higher education, publishing, and media. Before joining NEHGS, she was Director of Web Communications at Tufts University, where she oversaw the implementation of large-scale website redesign and content management implementation projects for several Schools, including the Fletcher School of Law and Diplomacy. Before Tufts, she was the Digital Media Director for 360 Public Relations, a marketing and public relations agency with offices in Boston and New York, where she created and managed digital marketing campaigns for a variety of clients, including Hasbro, Disney, and Sony. Prior to joining 360, Claire worked for several years as the Managing Editor of Content and Product Development for Bookspan, a New York-based book publisher and online retailer. Her previous roles include managing editorial positions at Fox Interactive Media and The Washington Post, where she developed and managed interactive features, including online chats, for www.washingtonpost.com and served as the liaison between the print paper and the paper’s digital staff.

Claire has a master’s degree in journalism from Northeastern University and a second master’s in English literature from the University of Delaware, with a concentration in eighteenth-century British and American studies. Her ancestry is Northern Italian (though Ancestry insists she’s actually French and German), British and Irish. Her interest in family history stems from finding her great grandmother’s name on a ship manifest from Palermo, a single line that listed her as “housewife” and “illiterate.” Claire is hoping to continue researching her ancestry back as far as possible, and to visit Udine, the town in the Friuli region of Northern Italy, to meet her cousins and learn more from them about the family.