The best-selling historian shares insights on writing history and discusses his latest book on the daring freelance sailors who proved essential to the winning of the Revolutionary War—reclaiming them and their heroic stories for history’s annals.

The story of the founding of the U.S. Navy during the Revolution has been told many times, yet largely missing from maritime history is a full account of the ragtag fleet of private vessels that fought and revealed the new nation’s character. Eric Jay Dolin’s illuminating new book shows how privateers—privately owned vessels, mostly refitted merchant ships—were critical to the American victory. Nearly 2,000 set sail over the course of the war, capturing some 1,800 British ships. The British treated them as pirates, and some Americans viewed them similarly, yet privateersmen were as patriotic as their fellow Americans. Rebels at Seas creates a new pantheon of Revolutionary heroes, putting the exploits and sacrifices of such forgotten privateersmen as Captain Jonathan Haraden and Offin Boardman at the center of the conflict.

In this intimate Zoom event, the best-selling historian will share an illustrated presentation, join in a discussion, and answer your questions about his research process behind this new book and his many others. Don’t miss this informative, insightful event which comes with a signed copy of Rebels at Sea. 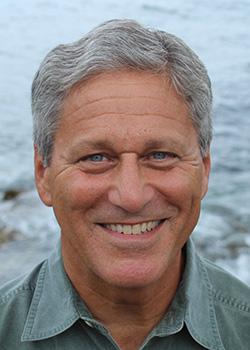 Eric Jay Dolin is the author of 15 books, including A Furious Sky: The Five-Hundred-Year History of America's Hurricanes, which was featured on "best of" lists from The Washington Post and numerous others. The Los Angeles Times and Boston Globe similarly awarded Leviathan: The History of Whaling in America. Black Flags, Blue Waters, his account of piracy in the Americas, was equally acclaimed. Dolin’s complete works, including A History of the American Lighthouse; When America First Met China: An Exotic History of Tea, Drugs, and Money in the Age of Sail; and Fur, Fortune, and Empire demonstrate his breadth of knowledge and mastery as a writer.

William M. Fowler is Distinguished Professor Emeritus at Northeastern University in Boston, former director of the Massachusetts Historical Society, and past president of the New England Historic Genealogical Society. He is co-author of, among other works, America and the Sea: A Maritime History; Rebels Under Sail: The Navy in the Revolution; Jack Tars and Commodores: The American Navy, 1783-1815; Empires at War: The French and Indian War and the Struggle for North America; and Under Two Flags: The American Navy in the Civil War. His most recent book is Steam Titans: Cunard, Collins, and the Epic Battle for Commerce on the North Atlantic. 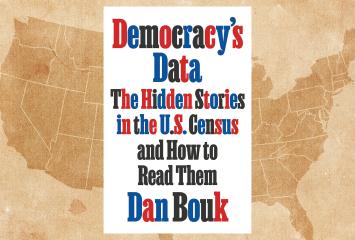 Learn the human stories behind the numbers and find out what makes the U.S. Census such a complex portrait of American life in this illustrated talk.