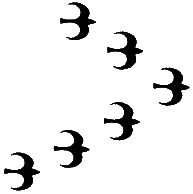 Since 1988, the goal of The Great Migration Study Project has been to compile comprehensive genealogical and biographical accounts of the twenty thousand English men, women, and children who settled in New England between 1620 and 1640. The project’s published works, containing thousands of sketches, are necessary resources for any genealogist, historian, or descendant with early New England interests and connections.

About the Study Project

About the Great Migration Study Project 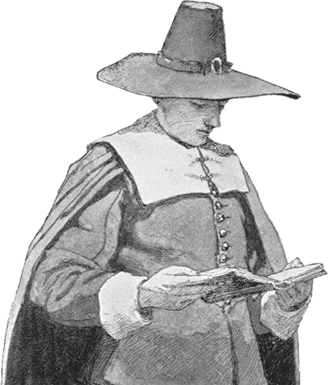 The goal of the Great Migration Study Project is to create comprehensive biographical and genealogical accounts of all immigrants to New England from 1620 to 1640, from the arrival of the Mayflower to the decline of immigration resulting from the beginning of the Civil War in England. The Project was conceived by Robert Charles Anderson and was proposed to the New England Historic Genealogical Society early in 1988. Anderson and the Society quickly reached an agreement and the Project officially began on 15 November 1988.

For each immigrant to New England, whether an unattached individual or a family group, our approach is to survey the most important compiled accounts of the immigrant, whether in the survey sources noted above, in separate monographs or in the periodical literature. These accounts are then checked against a wide range of original source material, including vital records, church records, deeds, probate records, court records, and a variety of other types of documents. All of this material is then examined and cross-correlated, with special attention to discrepancies between sources, whether primary or secondary. The final goal is a comprehensive account of the individual which synthesizes what is known at the date of publication and will serve as a solid foundation for future research.

The entire time period of the Great Migration has been divided into smaller chronological chunks, within which range of years the sketches are published in alphabetic order. The first series of volumes covered the immigrants who arrived in the years from 1620 through 1633. The three volumes of this first series, The Great Migration Begins: Immigrants to New England, 1620–1633, published in 1995, contained more than nine hundred sketches. (Although these three volumes cover two-thirds of the time period under investigation, they only contain about one-sixth of the total number of immigrants. Beginning in 1634 and running until the end of that decade the annual rate of migration became much higher.)

In 2004 a portion of the first series was revisited, by extracting about two hundred sketches of those who had resided in those earliest years in Plymouth Colony. The sketches were updated, to take into account the wide range of new research in this area since 1995, and were also revised, correcting those errors that had been discovered in the original research and also upgrading the sketches with some material not included in the original version. The resulting volume is The Pilgrim Migration: Immigrants to Plymouth Colony, 1620–1633.

In 1990 the Great Migration Study Project commenced publication of the quarterly Great Migration Newsletter, which in 2012 is in its 21st volume. Each issue of the Newsletter includes as its centerpiece a lengthy Focus article, which examines closely one of the early New England towns or an important set of early records. The Newsletter also includes shorter articles, editorial commentary and a Recent Literature section, which surveys current monographic and periodical literature relating to the Great Migration and its immigrants.

Robert Charles Anderson, Director of the Great Migration Study Project, was educated as a biochemist and served in the United States Army in electronics intelligence. In 1972 he discovered his early New England ancestry and thereafter devoted his time and energies to genealogical research. He published his first genealogical article in 1976, and about the same time began to plan for what eventually became the Great Migration Study Project. In 1983 he received a Master’s degree in colonial American History from the University of Massachusetts at Amherst.

Anderson was elected a Fellow of the American Society of Genealogists in 1978 and has served as Secretary and President of that organization. He became a Contributing Editor of The American Genealogist in 1979, Associate Editor in 1985 and Coeditor in 1993. He has been an editorial consultant to the New England Historical and Genealogical Register since 1989.

“The outstanding contribution made by Anderson in The Great Migration Begins is the painstaking analysis of the evidence found for each individual. Carefully weighing the data accumulated in the last century, he has uncovered inconsistencies and provided new insights, as well as confirming previous accounts. This extraordinary reference book will quickly become the first book examined in a scholarly study of the early colonial period.”

“Historians will welcome the initial publication of The Great Migration Study Project as the authoritative reference work on the founders and first families of New England. Noted for editorial thoroughness and candor, as well as for scholarly scrupulosity, these volumes correct and wholly supersede all previous genealogical compilations. I look forward eagerly to the completion of this invaluable series.”

"These volumes, as will future additions, offer a critical summary of a vast body of genealogical works and also act as a valuable guide to the published and unpublished sources on early New England. . . A section at the end of each sketch entitled "Comments" addresses matters that do not fit into the usual format. These comments are invariably interesting, in part because of Anderson’s sense of humor and skill as a writer. . .This reference work fulfills a far broader mission than the purely genealogical. It is a must-buy for libraries and is highly recommended for teachers. I urge my colleagues in colonial history to take a peek, but be warned: the sketches are addictive."

"It is no exaggeration to say that this series continues to be the most important work on the earliest New England immigrants since James Savage wrote his Genealogical Dictionary more than one hundred and forty years ago."

“As one who has spent thirty years tracing the German Palatine immigrants to colonial America in the 18th century, I certainly can appreciate the hard work, long hours, deep thought, and dedication that have gone into Robert Charles Anderson’s monumental study The Great Migration Begins. Bob’s unsurpassed genealogical skills and years of expertise in chronicling these 17th century New Englanders have served him well in this remarkable project. He has shown, yet again, that in order to really find out about one family — all the families of a specific community should be thoroughly investigated. By immersing himself in their lives and times and carefully evaluating the myriad of historical sources that document their intriguing story, Bob Anderson has made these colonists come alive and created a magnificent work against which all future efforts of this kind surely will be measured.”

"The highest tests of proof and probability are applied. It is an awesome and humbling performance. . . Publication of The Great Migration Begins is a milestone for colonial, regional and family historians. . . Henceforward "Anderson" will replace "Savage" as the authority of first resort, a new "marvel of the age" for a new century."

"This work supersedes that of James Savage and Charles Pope. . . As the authoritative source on early New Englanders, Anderson has saved future researchers countless hours of work in dozens – if not scores – of genealogical and other materials. Just about everything they need is here. Painstakingly researched in British and American archives and thoroughly documented, the volumes are also judicious in their conclusions. . . The Great Migration Begins promises to become an indispensable tool for historians as well as genealogists."

“Is there anyone who knows the 20,000 men, women, and children who arrived in New England from 1620 to 1640 better than Robert Charles Anderson? One can almost imagine him walking down the street in Roxbury, Plymouth, or Salem in 1635 and greeting them all by name: “Good day, Goody Chilton.” “Good day, Master Robert.” What an inestimable service he has done any researcher by combining all the available sources, be they passenger lists, town records, land grants, or letters and diaries. No one could be more demanding or precise in his methods and evaluation of the evidence, nor more persevering and energetic in the face of such an enormous project. The perfect man for the job.”