At the event Brenton Simons, NEHGS President and CEO, presented Groom with an expertly prepared genealogy of his family—a tradition of NEHGS for many years. Simons revealed in detail Groom’s deep southern roots and ethnic variety including Croatian, Irish, Spanish, and French ancestry. Highlighted were the author’s ancestors noted for their patriotic service including the Civil War, the War of 1812, and the Revolutionary War.

Winston Groom took the publishing world by storm when his 1986 novel Forrest Gump flew to the top of the New York Times bestseller list and stayed there for 21 weeks. It has sold over 2.5 million copies in the United States alone, and millions more worldwide, on the heels of its blockbuster movie adaptation starring Tom Hanks. The book has also been reprinted in eighteen languages.

Born in 1943, Groom grew up in Mobile, Alabama, where he attended University Military School prep. In 1965 he graduated from the University of Alabama with an AB in English and was commissioned as a second lieutenant in the Army. He served in Vietnam, mostly with the 1st Brigade of the Fourth Infantry Division from July 1966 to September 1967 when he was honorably discharged with the rank of Captain. He then spent the next eight years working as a reporter and columnist for the Washington Star before becoming a full-time author. He holds several honorary PhD degrees as a “Doctor of Humane Letters.”

Groom is the author of more than 20 books. In addition to Forrest Gump and Gump & Co., Groom’s novels include the award-winning As Summers Die, which was made into a movie starring Bette Davis; Shiloh, 1862; The Aviators; and The Generals. He is also the author of Conversations with the Enemy, a non-fiction account of the experience of an American prisoner of war in Vietnam, a brilliantly rendered Pulitzer Prize finalist. His latest novel, El Paso, was published by Liveright in 2016.

NEHGS, with its national headquarters located in Boston’s Back Bay, is the oldest and largest genealogical society in America. NEHGS was formally constituted in March of 1845 by an act of the legislature of the Commonwealth of Massachusetts and now consists of more than 250,000 constituents engaged in family history nationally and around the world. It is home to a world-class research library and archive, and an expert staff. NEHGS offers an award-winning genealogical research website at AmericanAncestors.org and maintains a publishing division which produces original genealogical research, scholarship, and educational materials. 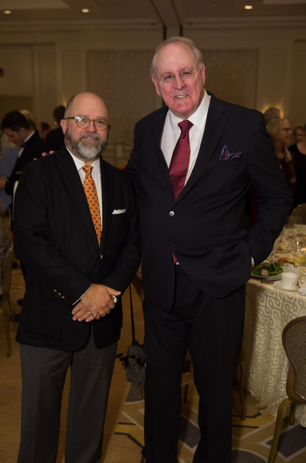 Note: A hi-res version of this image is available from jim.power@nehgs.org.