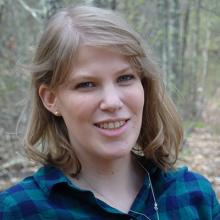 Danielle Cournoyer earned a M.A. in history with a focus on public history from the University of Massachusetts-Boston and a B.A. in history at the University of the Incarnate Word in San Antonio, Texas. Before joining American Ancestors/NEHGS in 2016, Danielle worked at several Boston area cultural institutions including the Museum of Fine Arts, Boston and The Church of the Presidents in Quincy. She has also worked on behalf of The Arlington Historical Commission in drafting a proposal for the designation of a historic district.