Over the last four centuries, Virginia has transformed from a land of early indigenous and European settlements to the sprawling suburban landscape of today. It has been continually shaped and reshaped by political, social, and economic changes in the region, including war, migration patterns, laws surrounding enslavement, and more. This four-week online seminar provides a century-by-century look at the records, resources, repositories, and research strategies that are essential to exploring your Virginia roots. We will also discuss the historical context of the changes and events that transformed the state and influenced the lives of your ancestors.

This first class explores the history, people and resources for 17th-century Virginia genealogical research, beginning with the extensive indigenous settlements. Next, the trials of the Virginia Company and its Jamestown post are discussed. The early experiences of Jamestown shaped decisions about governance and trade in Virginia and ultimately influenced the way Virginia’s stratified society evolved. You will learn about published resources for researching your 17th century ancestor and where to find the limited primary record sources. The class concludes by discussing how to overcome research challenges.

Virginia spent the 18th Century expanding its boundaries, and that pursuit of land led its settlers to battle. Even as more immigrant populations arrived in Virginia, Virginians were on the move pushing the frontier far beyond the Atlantic coast. They opposed the French, British, and Native tribes who blocked their access, resulting in Virginia’s leadership during the French and Indian War, the American Revolutionary War, and in the formation of the new United States government. To track Virginians on-the-move, this session looks at key 18th-Century records including those related to land, probate, court, military, taxes, and more.

The Civil War shaped nearly every aspect of life in Virginia in the 19th century. Rising tension during the antebellum period initiated an increase in laws restricting the lives of enslaved and free people of color in the state. Though the Capital of the Confederacy was in Richmond not all Virginians supported secession, resulting in the creation of West Virginia by Unionists in 1863. Reconstruction and emancipation created new opportunities and restrictions for those previously enslaved and the people that previously enslaved them. This session will focus on how laws, federal programs, and legislation related to the war and its aftermath created record sets that can be useful to genealogists searching for Black and White ancestors in Virginia.

By the end of the 20th century, Virginia had undergone a political transformation and a population shift away from traditionally rural counties to the suburbs. This class will explore these political changes and the impact on Virginians and address what caused the urban sprawl. This class will point you to key genealogical resources, identify records for the era, address limitations, and more. 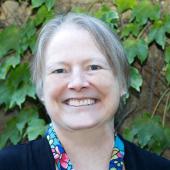 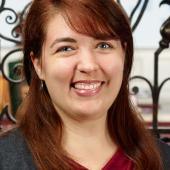 Books and Journals
Kyle Hurst
Kyle holds a B.A. in both History and Anthropology from the University of Wisconsin in Madison and a Master’s certificate in Museum Studies from Tufts University.
Learn more 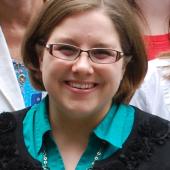 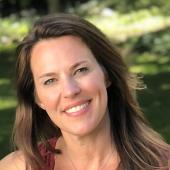