Camper English with Doctors and Distillers: The Remarkable Medicinal History of Beer, Wine, Spirits, and Cocktails

In this delightful work of cultural and medical history, Camper English, a cocktails and spirits expert, reveals how and why the contents of our medicine and liquor cabinets were, until surprisingly recently, one and the same. Don’t miss this summertime special event on this history of merrymaking!

Alcohol and medicine have an inextricably intertwined in history, with innovations in each altering the path of the other. The story stretches back to ancient times, when beer and wine were used to provide nutrition and hydration and employed as solvents for healing botanicals. Over time, alchemists distilled elixirs designed to cure all diseases, traveling physicians concocted dubious intoxicating nostrums, and the drinks we’re familiar with today began to take form. Be the toast of your next gathering as you share new insight on how today's tipples—modern cocktails like the Old-Fashioned, Gimlet, and Gin and Tonic —were the tonics of old.  Don’t miss Camper English’s ingenious explanations of our beer-drinking Founding Fathers, monastic liqueurs of the Middle Ages, and the 1950s cocktail craze. 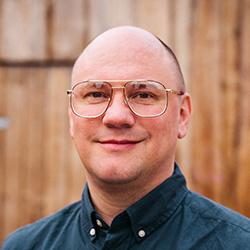 Camper English has covered the craft cocktail renaissance for more than fifteen years, contributing to more than fifty publications around the world, including Popular Science, Saveur, Details, Whisky Advocate, and Drinks International. He has been awarded International Cognac Writer of the Year by the Bureau National Interprofessionnel du Cognac and Best Cocktail Writer at the Tales of the Cocktail Foundation Spirited Awards, and he has been voted as one of the one hundred most influential people in the global drinks industry for several years running.

Richard Thompson Ford is a professor at Stanford Law School and author of Dress Codes: How the Laws of Fashion Made History. He has written about social and cultural issues for such publications as The Washington Post and San Francisco Chronicle and appears often on broadcast news shows.