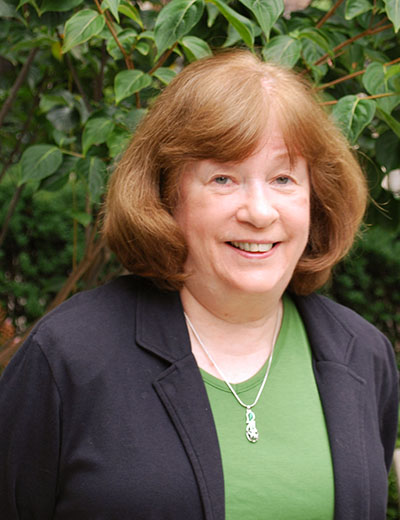 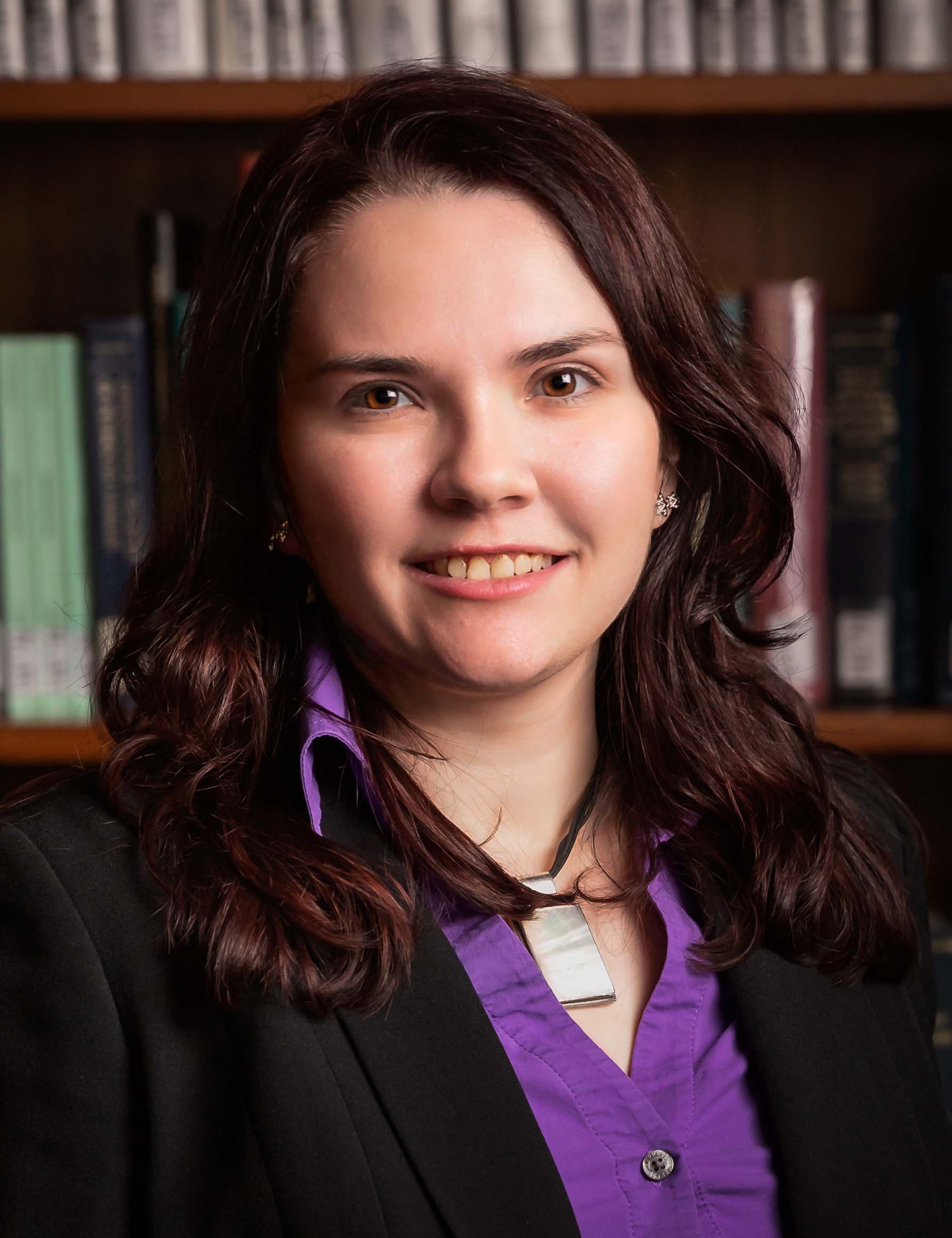 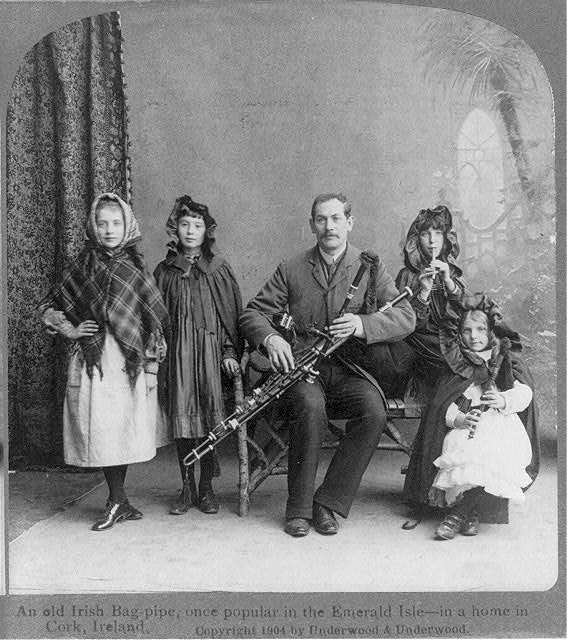 The beginning steps are the same for all family historians: start with the known and move toward researching the unknown. It is important to keep a wide focus when researching all ancestors, but especially Irish ones, since Irish surnames can be very common. You trace back to your immigrant ancestor, and then try to determine his or her origin in Ireland. A good place to learn about researching Irish records is with one of the general guides listed below.

Many people believe that researching Irish ancestors is impossible because of the destruction of the Public Record Office (PRO) in 1922. While many records were destroyed, other sources, such as deeds and Catholic Church records, were never located in the PRO and still exist. A lot of genealogical material has come online in recent years, and the growing list of Internet options has resulted in many more people finding their ancestors in Ireland. This subject guide aims to provide you with a list of key resources, records, and repositories to assist in your Irish research.

Irish Resources at NEHGS - Live broadcast: March 25, 2014. Presented by Judy Lucey. Discover what Irish resources await you at NEHGS—both on-site and online, plus, gain a basic understanding of the concepts essential to Irish research. For online versions of "General Alphabetical Index to the Townlands and Towns, Parishes and Baronies of Ireland" (mentioned in the lecture) visit: irishancestors.ie and leitrim-roscommon.com. For Northern Ireland place names: placenamesni.org.

IrishGenealogy - Operated by Ireland’s Department of Arts, Heritage and the Gaeltacht. This website’s collections include the historic civil registers of births (1864 to 1919), marriages (1845 to 1944), and deaths (1878 to 1969) held at the General Records Office (GRO).

The General Register Office (GRO) is the central repository for births, adoptions, marriages, civil partnerships, and deaths in the republic of Ireland. GRO holds all Irish births, deaths, and marriages from 1864 and non-Catholic marriages from 1845. Vital records can be requested from the GRO via e-mail or postal mail here. 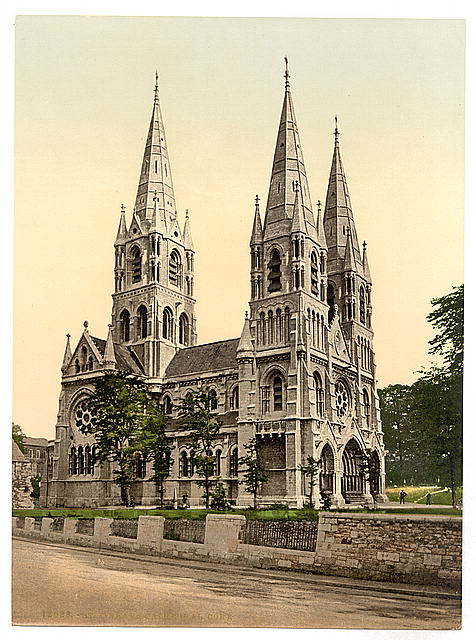 IrishGenealogy - Operated by Ireland’s Department of Arts, Heritage and the Gaeltacht. Review a complete list of church records included on this web site here.

RootsIreland – Sponsored by the Irish Family History Foundation. This is a subscription searchable database of church and civil registrations. It is free to search, but there are fees to obtain a record. To view a list of parishes included on the web site, use the lookup tool by county.

Irish Ancestors - The website of John Grenham, author of Tracing Your Irish Ancestors: The Complete Guide. Search for records by surname, place-name, or county. Includes maps of civil and Catholic parishes. There are five free page-views per day and then a subscription is required.

Ireland, Catholic Parish Registers, 1655-1915 (Ancestry.com) - The index to the National Library of Ireland Catholic parish registers. Images must be viewed at the NLI site.

The List of Church of Ireland Parish Registers Inventory

Anglican Record Project – an ongoing project to make the baptism, marriage, and burial registers from the Church of Ireland available in a digital format

Friends Historical Library Dublin contains the manuscript and printed archives of Quakers in Ireland since their establishment in the 17th century. Contains minutes of the various Quaker meetings, committees, and many other documents from 1670 to 1914 may be viewed on Findmypast. 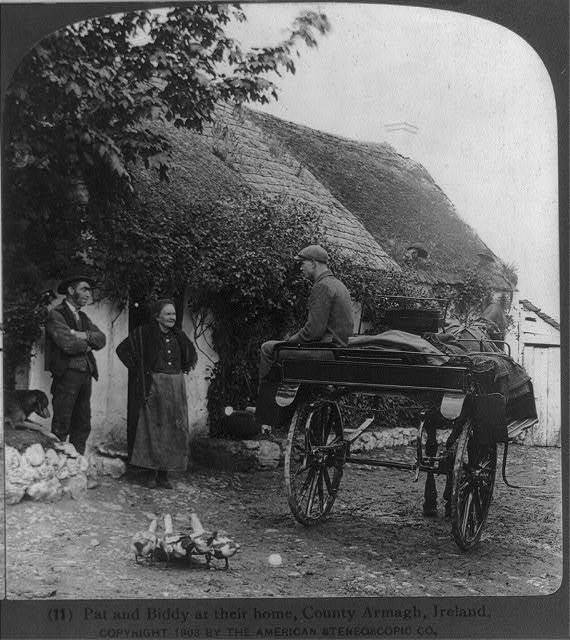 Griffith’s Valuation - A mid-19th century record of approximately one million head-of-household land occupiers and their exact address between 1848 and 1864. The record includes the address, the size of the land holding, the landlord, and the location on corresponding maps. You can access Griffith’s Valuation at the following sites:

Irish passenger lists, 1847-1871 : lists of passengers sailing from Londonderry to America on ships of the J. & J. Cooke Line and the McCorkell Line, compiled under the direction of Brian Mitchell. NEHGS, 7TH Floor Reference, E184.I6 M57 1988. Also located at Ancestry.

UK and Ireland, Outward Passenger Lists, 1890-1960 (Ancestry.com) While UK and Irish port outbound passenger lists before 1890 were destroyed by the Board of Trade in 1900, this collection includes the decades of peak emigration.

UK and Ireland, Incoming Passenger Lists, 1878-1960 (Ancestry.com) An index to the Board of Trade’s passenger lists of ships arriving in the United Kingdom and Ireland from foreign ports outside of Europe and the Mediterranean.

New York, Emigrant Savings Bank Records, 1850-1883 (Ancestry.com) The Emigrant Savings Bank was established in 1850 by members of the Irish Emigrant Society. The bank ended up serving thousands of Irish immigrants who fled to America following the infamous Potato Famine. The bank kept many volumes of records including an Index Book; a Test Book; a Transfer, Signature, and Test Book; and a Deposit-Account Ledger. Records often include where in Ireland the immigrant came from as well as the ship they sailed on.

Defense Forces Ireland Military Archive - If your relative served in the Defence [sic] Forces in Ireland from 1922 onwards or received a medal or pension for service during the Easter Rising or War of Independence, there may to be reference to them within these collections.

Scotland, Ireland and Wales, Militia Attestation Papers, 1800-1915 (Ancestry.com) This collection comprises attestation papers for recruits into the militia from 1800-1915. Attestation forms were filled in at the time of recruitment and records often include information about physical appearance and details of previous service. 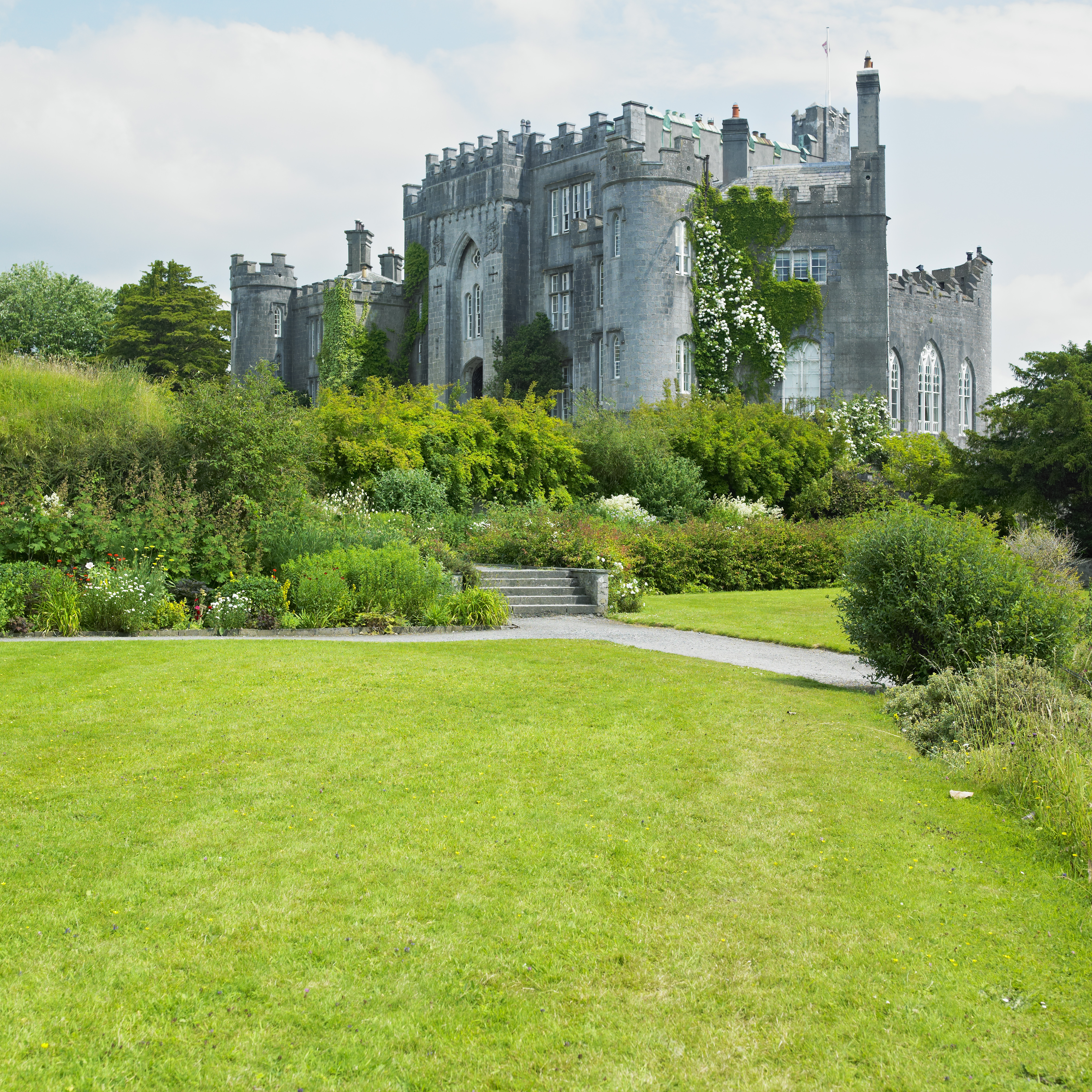 A Guide to the 18th Century Land Records in the Irish Registry of Deeds by Brian Nugent. NEHGS, 7th Floor Reference, CS483.N84 2012

Updates to the tenants, size of property, name of lessor are updated in revision books (also called cancelled books). The valuation records were handwritten, with amendments made with colored pencils. The colors used help distinguish the year of the changes.

FamilySearch has also microfilmed several of the valuation revision books. Note: These are filmed in black and white.

These records include details on the tenants and landlords that owned estates in Ireland.

Land Owners in Ireland, 1876 (Fáilte Romhat) - Name and address of every land owner in Ireland in 1876

Calendars of Wills and Administrations 1858-2010 (National Archives of Ireland) 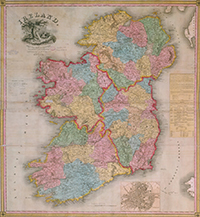 Ireland: An Hibernian Atlas, 1798 - The atlas shows Ireland and its provinces, counties, and baronies as well as a number of cities, boroughs, and villages. Geographic features such as mountains, lakes, rivers, and roads are also included. In addition to the descriptions of each area, there are seventy-eight full color images to accompany them. NEHGS, Rare Books Collection, G1830.S23 1798.

Irish Ancestors - The web site of John Grenham, author of Tracing Your Irish Ancestors: The Complete Guide. Search for records by surname, place-name, or county. Includes maps of civil and Catholic parishes. There are five free page-views per day and then a subscription is required.

Valuation Maps: Valuation maps that correspond with Griffith’s Valuation and show the exact location of an ancestor’s house. Find My Past, available by subscription, has the original black-and-white valuation maps that match the valuation. On the free Ask About Ireland website, color valuation maps are from late 19th century, and the lot numbers may not match if renumbering took place.

Directory Database (SWilson.info) - over 1,000 links to historic directories of Ireland on free and subscription web sites

Riobard O’Dwyer Collection - Contains handwritten genealogies, extracted genealogical data from parish and cemetery records, data on occupations, and notes produced and collected between 1963 and 2011 by Riobard O'Dwyer, a genealogist and social historian who studied the families of the Beara Peninsula in County Cork, Ireland; NEHGS, Manuscripts, Mss 1097 (this manuscript is open to the public). An American Ancestors database is indexed for Volumes 1 and 2. Volume 3 is currently browse-only.

NEHGS has a collection of Irish county historical journals that contain primary sources such as estate records, rental rolls, gravestone inscriptions, parish registers, and wills. Many also include genealogies. These are just some of the journals at NEHGS:

Boston Pilot: Irish Immigrant Advertisements (Search for Missing Friends), 1831-1920 - Beginning in 1831 and over the course of the next eighty-five years, the nationally distributed Boston Pilot newspaper printed some 45,000 “Missing Friends” advertisements placed by friends and relatives. These advertisements typically referred to the exact place of origin of the seeker and/or the sought. Many of the ads also describe the process and route of immigration, and even the name of the passenger ship. Many advertisements refer to women, for whom determining exact origin is even more difficult, due to the lack of naturalization records. 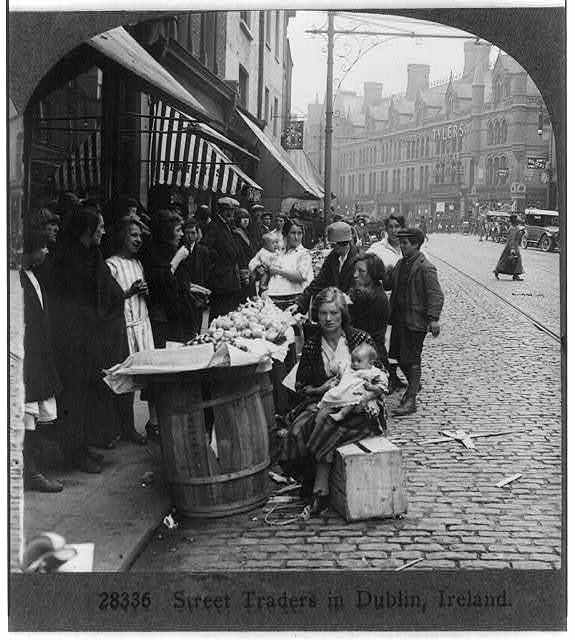 IrishGenealogy - Operated by the Department of Arts, Heritage and the Gaeltacht. This websites collections include the historic civil registers of births (1864 to 1919), marriages (1845 to 1944), and deaths (1878 to 1969) held at the General Records Office (GRO); searchable volume of pre 20th Century Church records of baptism, marriage and burial that in many instances pre-date the civil registration.

Irish Ancestors - The website of John Grenham, author of Tracing Your Irish Ancestors: The Complete Guide. Search for records by surname, place-name, or county. Includes maps of civil and Catholic parishes. There are five free page-views per day and then a subscription is required.

RootsIreland – A subscription-based website that provides over 22 million records, primarily church records, for 34 counties of Ireland.