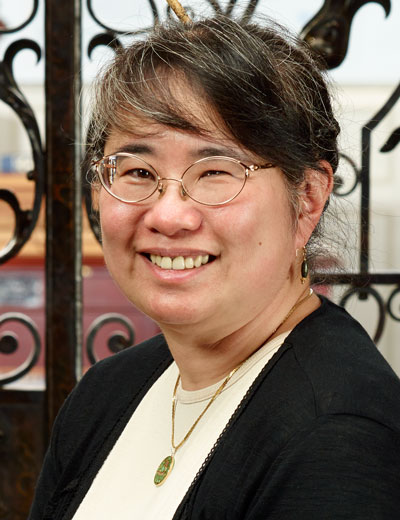 Chinese-American family history research can be conducted using standard genealogical resources such as censuses, city directories, military service records, probates, and land transactions. Grave markers are exceptional finds because they often record the ancestral district and village from which the deceased came. It should be noted, however, that grave markers for married females traditionally record the ancestral location of her husband's family. Records produced from the Chinese Exclusion Acts (see below) can also be extremely helpful.

A note about recording Chinese names (historically): While there are established systems of transliterating Chinese characters to English, American record keepers often did not have access to such information and many Chinese names are spelled phonetically, in many different ways. The native dialect of a given individual providing personal information will also affect the English spelling of Chinese names. In addition, traditional naming practices place the family or surname character at the beginning of a Chinese name, and Chinese males may have more than one name, for example: he may adopt a new given name to mark his marriage or other significant achievement.

Chinese American Genealogy
Live broadcast: January 21, 2016
Presented by: Alice Kane
Level: Beginner - Intermediate Running Time: 55:29
Description: Chinese American family history research can be done using standard genealogical resources such as censuses, city directories, and land transactions. There are, however, other resources that can be especially helpful, such as grave markers, records produced from the Chinese Exclusion Acts, and jiapu (collected family histories). Learn what resources are available and gain a better understanding of the Chinese experience in America during the 19th and 20th centuries.

How-To and Other Guides

The Lucky Ones: One Family and the Extraordinary Invention of Chinese America by Mae M. Ngai

Ancestry.com
Ancestry has a growing collection of Chinese-specific databases to access passenger manifests, exclusion case files, and registers of admission for San Francisco and other entry points into the U.S. Use "Chinese" in the title field of Ancestry's Card Catalog search to quickly bring up a list of these databases.

The Chinese Exclusion laws enacted from 1882 to their overall repeal in 1943, plus other relevant immigration legislation, created a body of federal records specific to documenting Chinese in America. Chinese exclusion case files can be found in NARA branches around the U.S., but most particularly in San Bruno, California, where records covering those entering at the port of San Francisco are held. Investigating local and state legislation for references to Chinese residents may yield record sources specific to Chinese in these jurisdictions. Below is an overview of significant legislation affecting Chinese in America from the late eighteenth to the mid twentieth centuries. 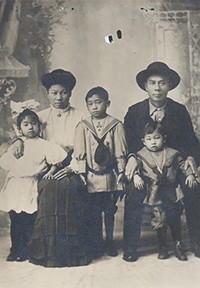 Collection of Genealogies, 1239–2011, FamilySearch
This collection is not searchable by individual name. Images of titles held by the University of Hong Kong and other repositories are organized first by the family surname, then by the region/country described in the jiapu.

Chinese America: History and Perspectives
A publication of the Chinese Historical Society of America, its articles provide insight into historic, social, and cultural development of Chinese American communities nationally. Download an Excel list of available articles by selecting the publication title.

Chung Sai Yat Po newspaper
One of the longest published Chinese American newspapers with nearly all issues surviving, the Chung Sai Yat Po Newspaper Collection is available on microfilm at University of California, Berkeley. The Online Archive of California (OAC) offers a Finding Aid on this newspaper collection which includes a link to view select digitized issues from the early 1900s. Microfilmed issues from 1900–1905 are held at the Ethnic Studies Library, while those for 1906–1950 are held by the East Asian Library.

Below are common Chinese characters you may encounter during your research. You will find many of these on gravestones.