Subscribe now to NEHGS's journal of pilgrim genealogy and history 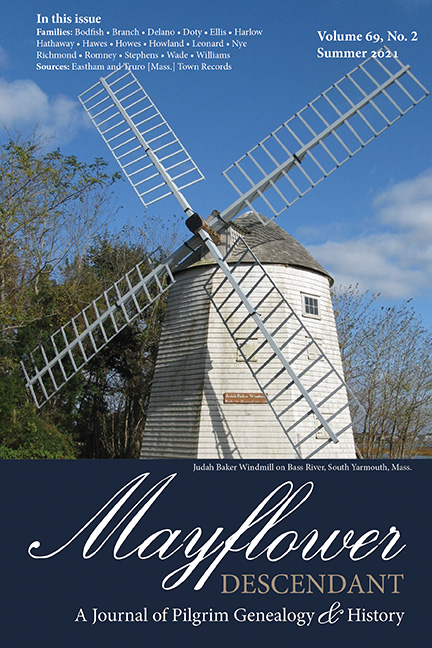 Mayflower Descendant—a journal of Pilgrim genealogy and history—is one of the most highly respected scholarly journals in the field of genealogy.

The journal is published twice per year, in winter and summer. Each issue is approximately 100 pages plus an annual every-name index in summer.

Topics to be explored in forthcoming issues: