For more information, please contact Jenna LaRiviere at jenna.lariviere@nehgs.org or 617-226-1215. 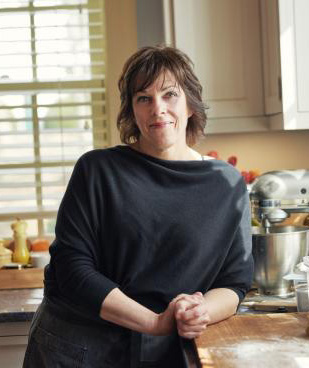 James Beard Award–winner and Relais & Châteaux Grand Chef Barbara Lynch is regarded as one of the world’s leading chefs and restaurateurs.

Barbara returns to Boston’s esteemed St. Botolph Club for the NEHGS Summer Dinner. It is here that she had her start, working with Chef Mario Bonello, piquing her interest in one day becoming a professional chef.

In 1998, Barbara opened her first restaurant, No. 9 Park, in Boston’s Beacon Hill neighborhood. The restaurant was named one of the “Top 25 New Restaurants in America” by Bon Appétit and “Best New Restaurant” by Food & Wine. Since then, Barbara has opened six highly-esteemed and unique restaurants in Boston: B&G Oysters, The Butcher Shop, Stir, Drink, Sportello, and Menton. She is also a Chef Collaborator on the Eataly Boston team.

Barbara has received many honors for her work. She has been recognized by The James Beard Foundation as “Best Chef Northeast” and “Outstanding Restaurateur.” Boston Magazine named her “Best Chef,” and she was the recipient of the “Women Chefs & Restaurateurs (WCR) Barbara Tropp President’s Award.” In 2013, Barbara was inducted into the James Beard Foundation’s Who’s Who of Food and Beverage in America. In 2017, she was named to the TIME 100, Time Magazine’s annual list of the world’s most influential people.

Barbara’s first cookbook, Stir: Mixing It Up in the Italian Tradition, published in 2009, received a prestigious Gourmand award for “Best Chef Cookbook” for the United States. Barbara’s second book, her memoir, Out of Line: A Life of Playing with Fire, was published in 2017.