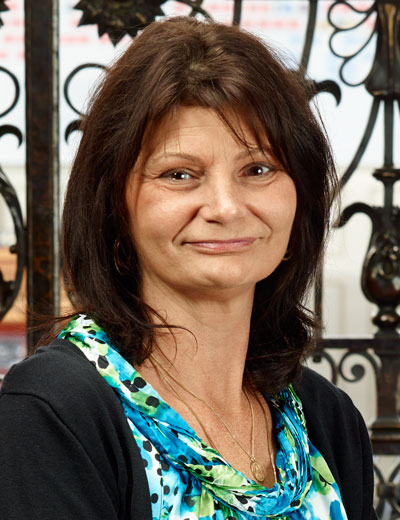 In the United States alone, more than four million people can claim Scottish ancestry and another four million claim Scots-Irish roots. Whether your Scottish ancestors emigrated from the Highlands of Scotland or the Ulster province of Ireland, you will find an abundance of genealogical and reference material within our collections.

Books pertaining to Scottish genealogy and the history of Scotland can be found throughout the library. Although there is not one central location for Scotland, the International Collection located on the first floor of the library contains the largest concentration of books regarding Scotland, falling under the call numbers of CS460-CS479 and DA780-DA890. To discover all the library at NEHGS has to offer, search the online library catalog.

FamilySearch.org Family History Research Wiki. Family Search offers several online guides to Scottish research and records, including “Finding Your Ancestors in Scotland before 1855” and “Finding Records of Your Ancestors, Scotland 1855-1901.”

Old Parish Registers – Records of births, marriages, and deaths were kept by individual parishes between the years 1553-1854. These records are indexed by surname and given name. Old Parish Register indexes are available at NEHGS on microfiche:

Kirk Session Records – Kirk session records are the minutes of parish meetings that were held by the minister and church elders. These sessions kept records of the poor seeking help from the parish, parentage of illegitimate children, and other church business. They also may contain the records for births, marriages, and deaths not recorded in the parish registers. Few kirk session records have been published:

Session records of selected parishes are also available on microfilm from the Family History Library. Currently the National Archives of Scotland (NAS) is undertaking the digitization of kirk session and other Church of Scotland records from the 16th century to 1901.

The Catholic Church was the established church in Scotland until the Scottish Reformation during the 1650s. The earliest Catholic records date from 1703. Records from the early part of the 18th century are few, with most dating from the late 18th century. Records of the Catholic Church include births, deaths, and marriages. They may also include sacramental dates, sick visits, and lists of parishioners. The Catholic Archives of Scotland have indexed and digitized all records in their holdings prior to 1855 and most after. All digitized records are available on scotlandspeople.gov.uk. The Family History Library also has several parishes available on microfilm.

Other religious denominations, often called Non-Conformists, existed in Scotland. Episcopalians, Society of Friends, Baptists, the Free Church, Methodists, and the Reformed Presbyterian Church are just a few. Several books on the Non-Conformists have been published. Records of many of the Non-Conformist churches are also available from familysearch.org and the scotlandspeople.gov.uk website.

The first Jews arrived in Scotland during the 17th century, mostly as students, teachers, and craftsmen. The first Jewish communities did not become established until the late 19th century. The Scottish Jewish Archives Center has preserved synagogue member lists, register books, and other information regarding the Jewish community in Scotland. Information about their holdings can be found at www.sjac.org.uk.

Cemetery records of modern cemeteries are generally held by each individual cemetery. Findagrave.com is a good resource for cemeteries located in Scotland. Monumental inscriptions of ancient cemeteries have been published and are available in book form in the 1st Floor International Collection at NEHGS. CDs of monumental inscriptions of selected parishes can be found on the 4th Floor at NEHGS. Many individual genealogical and historical societies have undertaken the task of transcribing monuments and indexing cemeteries. The Scottish Family History Association maintains a list of local member societies with links to their websites.

The first census was taken in Scotland in 1801 and taken every ten years after that. The 1841 was the first census which includes name, age, occupation, and place of birth. Census records are available for every census for the years 1841-1911.

NEHGS has census records and directories of various towns and parishes in Scotland available on microfiche. To learn which places are included in the collection, search the NEHGS online library catalog for Scotland census or Scotland directory.

Records of those who emigrated from Scotland to the United States and around the globe are available in many forms. NEHGS has many works devoted to Scottish emigration. Ancestry.com and Ellisisland.org are good sources for passenger lists and manifests for those arriving in the United States. Findmypast.com has a collection of passenger lists leaving the United Kingdom 1890-1960.

Scotland maintained its own army until 1707. Until then an army was only called up as needed. Few records exist prior to 1707, but lists of officers were maintained. The Exchequer Rolls of Scotland contain muster rolls of the Scottish Army containing name and rank. The rolls are held at the National Archives of Scotland and have been published in book form. A copy of the entire work is available online at archive.org.

After 1707, when the kingdoms of England and Scotland were unified, the Scottish military fell under the administration of the British Army. Records for the British Army are held the National Archives U.K.

The Naming & Numbering of Scottish Regiments of Foot Cavalry & Militia by David W. Webster
NEHGS, 1st Floor International Collection DA767 .W43 2002
This book contains the names and numbers not only of the regular Scottish regiments, but also the irregular, militia, rifle volunteers, and yeomanry.

The published genealogies represented in the following works are only a fraction of what is available. Individual family genealogies with links to Scotland or Ulster can be found on the 7th Floor at NEHGS. In addition, the Scottish Genealogy Society has published many family histories in its publications. Please search the NEHGS online library catalog by particular surname.

NEHGS has a very good selection of periodicals regarding Scotland. Individual clans and families may also have their own journal. To discover if a specific clan or family has its own journal or publication, please consult the NEHGS online library catalog.

The Clans of the Scottish Highlands: The Costumes of the Clans text by James Logan
NEHGS, 1st Floor International Collection DA880.H76 L7 1980

http://www.scottishhandwriting.com– Maintained by the National Records of Scotland, the site offers tutorials in early historic Scottish documents for the years 1500-1750. A free one-hour tutorial on reading old Scottish handwriting is available to download. More advanced classes and tutorials are available online for a fee.

Scotlandspeople.gov.uk Pay per view. This is the official site for the government of Scotland and a major source for Scottish resources and records. It is run by the National Records of Scotland and the Lyon Office. The site offers access fully-indexed Old Parish Registers, civil registrations, wills, census records, coats of arms, and other documents. An initial surname search is free, but credits must be purchased to view actual documents.

Findmypast Paid subscription; available at the NEHGS library. Offers a place search based on the 1881 census, which can be used to determine the parish and town where a specific place is located. This site also has the Militia Attestations Index 1860-1915.

The National Archives of Scotland Free online catalogs of records held at the NAS, finding aids, and guide to online research for Scotland.

Scotlandsplaces.gov.uk Paid subscription; available at the NEHGS library. Enter the name of a town and learn what records are available. Records include historic tax rolls, Ordnance Survey Name Books, Burgh registers, archaeological and architectural sites, and historical maps and plans.

The National Archives U.K. Guides and finding aids for military personnel and regiments in the U.K., including Scotland.

TalkingScot.com Free general website for Scottish research. This site includes a forum, a list of Scottish Family History Societies, and links to other resources available online and in Scotland. It also contains a comprehensive explanation of the Scottish Census, including the enumerators’ instructions.

Britishnewspaperarchive.co.uk Pay per view or subscription. Digitized newspapers from all over Britain, including Scotland and Northern Ireland.

The Court of the Lord Lyon Official heraldry office of Scotland. The Court is responsible for all matters relating to heraldry, coats of arms, and genealogy.

The Registry of Tartans A register of tartan designs maintained by the National Records of Scotland.

The Stair Society Information and articles on Scottish law dating back to the 15th century.

The Ulster-Scots Society of America

The Scotch Irish Society of the United States

Do you have a genealogy or local history question? Consider our free, online live chat service! The service is available to all, Monday—Saturday from 9 a.m. to 5 p.m. ET.