June 2, 2021—Boston, Massachusetts—The Wyner Family Jewish Heritage Center (JHC) at New England Historic Genealogical Society (American Ancestors/NEHGS), the premier destination for exploring and preserving the histories of Jewish families and institutions in New England and beyond, is celebrating a decade of collaboration and achievement (2010–2020), and honoring Margot Stern Strom, Founder of Facing History and Ourselves, with the Tzedakah Lifetime Achievement Award on Thursday, June 10.

“We’re very proud of the Jewish Heritage Center’s work and are grateful to Justin Wyner and his family, Combined Jewish Philanthropies, and the larger Jewish community for supporting and enabling the Center to flourish,” said D. Brenton Simons, President and CEO, American Ancestors/NEHGS. “The JHC is a vibrant center that reaches countless individuals, families, scholars, and institutions with important resources and holdings that shed light upon and preserve the records of Jewish life, history, genealogy, business, and culture in our region and elsewhere.” 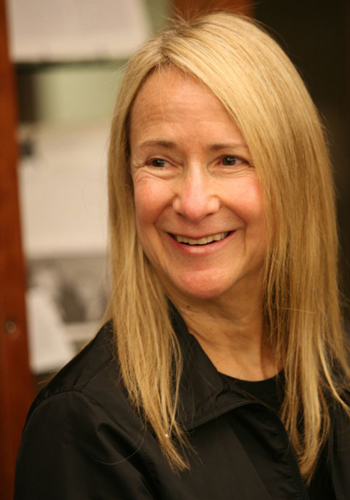 In 2020, the JHC marked its 10th anniversary at NEHGS. Over the past decade, it has evolved from an independent Jewish archive to a comprehensive center for research, education, and genealogical resources serving thousands of people each year. At the virtual event commemorating the anniversary, the JHC will also honor Margot Stern Strom and feature her in conversation with her son Adam Strom, Co-Founder of Re-Imagining Migration. Additionally, Herbert Selesnick will receive the Volunteer Leadership Award for his invaluable work as an active member of the JHC Advisory Council including, most recently, leading a strategic planning process for the JHC.

“What began as a strategic collaboration is today even greater than the sum of its parts. As we look ahead to the next ten years and beyond, we’re eager to build on the foundation we have created as one of the premier resources for Jewish heritage anywhere,” said Rachel King, Director, the Wyner Family Jewish Heritage Center. “In our June celebration of this milestone, we’re also moved to honor Margot Stern Strom for her incredible career devoted to educating young people to learn from history how to become moral thinkers, engaged citizens, and how to work for social justice.”

In the realization of a long-held strategic goal, the JHC is also pleased to announce its first fellowship supporting scholarly research—the Genevieve Geller Wyner Fellowship, funded by Justin Wyner in honor of his late wife. This spring, Dr. Melissa R. Klapper, Professor of History and Director of Women's & Gender Studies at Rowan University, was selected as the inaugural Research Fellow. Dr. Klapper will be conducting research in the JHC archives in Summer 2021 on the topic, “At Home in the World: American Jewish Women Abroad, 1865–1940.” She will also give a talk on the subject at the first annual Genevieve Geller Wyner Lecture in fall 2021.

Dr. Klapper is the author of Jewish Girls Coming of Age in America, 1860–1920 (NYU Press, 2005); Small Strangers: The Experiences of Immigrant Children in the United States, 1880–1925 (Ivan R. Dee, 2007); and Ballots, Babies, and Banners of Peace: American Jewish Women's Activism, 1890–1940 (NYU Press, 2013), which won the National Jewish Book Award in Women's Studies. Her most recent book is Ballet Class: An American History (Oxford University Press, 2020). More information on the fellowship

In 2010, American Ancestors/NEHGS and the American Jewish Historical Society (AJHS), of which Justin Wyner had been a board member and president, created a collaboration to provide a permanent home for the valuable New England Archives (NEA) of AJHS. With growing interest in Jewish family historical research and increased use of the archives, custodianship in perpetuity of the AJHS–NEA collection was granted to NEHGS, and the Jewish Heritage Center was officially established in November of 2017. In 2018, the center was renamed the Wyner Family Jewish Heritage Center, to honor Justin and the late Genevieve Wyner for their leadership in establishing the initial collaboration, and for their longstanding advocacy and generosity toward this important Jewish historical resource.

Today the JHC engages historians, genealogists, partner organizations, students, and the general public in the study of Jewish history, culture, and legacies through its extensive archival collections, educational programs, and public events. In total, the JHC houses more than 2 million records in its archives, and has digitized nearly 700,000 documents as part of an ongoing project to make its collections accessible to the public online. The JHC’s holdings include:

Over the past decade at NEHGS, the JHC has achieved several important milestones, including:

Margot Stern Strom founded Facing History and Ourselves in 1976 and served as President of the Board and Executive Director until 2014 when she assumed the title of President Emerita and Senior Scholar. Through her deep commitment to honoring the voices of students and her firm belief that history matters, she has inspired millions of students and their teachers around the world to investigate the root causes of prejudice, discrimination, and collective violence, and to understand the obligations of a democratic citizenry by choosing to participate.

Raised in Memphis, Tennessee, during the “Jim Crow” era of racial segregation and discrimination, Margot learned from her family to ask disquieting questions about the practices of racial prejudice that she saw around her in the Deep South. She studied history and received her undergraduate degree at the University of Illinois and her master’s degree at Memphis State. While teaching her first Facing History class at a middle school in Brookline, MA, Margot earned her GCAS at Harvard Graduate School of Education where she worked with pioneering researchers to examine moral development, identity formation, and ethical decision making in adolescence. There she developed a classroom pedagogy that recognized students as moral philosophers.

Working closely with historians, religious leaders, Holocaust survivors, her colleagues and students, Margot left the classroom, and with a Federal education grant, developed resources and materials that led to the publication of Facing History and Ourselves: Holocaust and Human Behavior and the development of a curriculum whose primary case study focused on the failure of democracy in Germany, the systematic process of dehumanization, antisemitism, and the steps leading to the Holocaust. In Facing History’s professional development seminars, educators and adults in the community learned ways of engaging students to investigate connections between past and present and to think deeply about issues of stereotyping, peer pressure, and civic participation.

During the 1980s, Facing History and Ourselves was incorporated as a non-profit organization and designated as a model program by the U.S. Department of Education. Under Margot’s four decades of leadership, the organization steadily grew into an international evidence-based program for promoting civic learning.

American Ancestors is a national center for family history, heritage, and culture. It is the global brand of New England Historic Genealogical Society (NEHGS), America's oldest and largest genealogical society (founded 1845). American Ancestors serves more than 350,000 members and millions of online users engaged in family history nationally and around the world through its website AmericanAncestors.org with more than 1.4 billion names in its databases. Its national headquarters, located in Boston’s Back Bay, is home to a world-class research library and archive, an expert staff, and the Wyner Family Jewish Heritage Center. It maintains a publishing division which produces original genealogical research, scholarship, and educational materials, including the Register, the flagship journal of American genealogy since 1847; American Ancestors, its award-winning magazine; and Mayflower Descendant, a quarterly journal of Pilgrim genealogy and history.