July 14, 2021—American Ancestors/New England Historic Genealogical Society (NEHGS)—a national center for family history, heritage, and culture—has announced an important new database: Salem, MA: United States 1810 Census. This project is the result of a partnership between the Phillips Library at the Peabody Essex Museum (PEM) and American Ancestors/NEHGS after the 2021 discovery that the Phillips Library had the only surviving copy of the 1810 Federal Census for Salem, Massachusetts.

Now that there is a searchable database of the original, approximately 100 handwritten pages, researchers don’t have to read each page in its entirety to locate a name. Anyone researching ancestors who lived in Salem in 1810 can use the American Ancestors database to locate the tallied families. The database contains the full pages of the 1810 Federal Census for Salem, Massachusetts, with more than 2,200 records and searchable names (by first and last name). The database is available to all American Ancestors members, including free Guest Members. 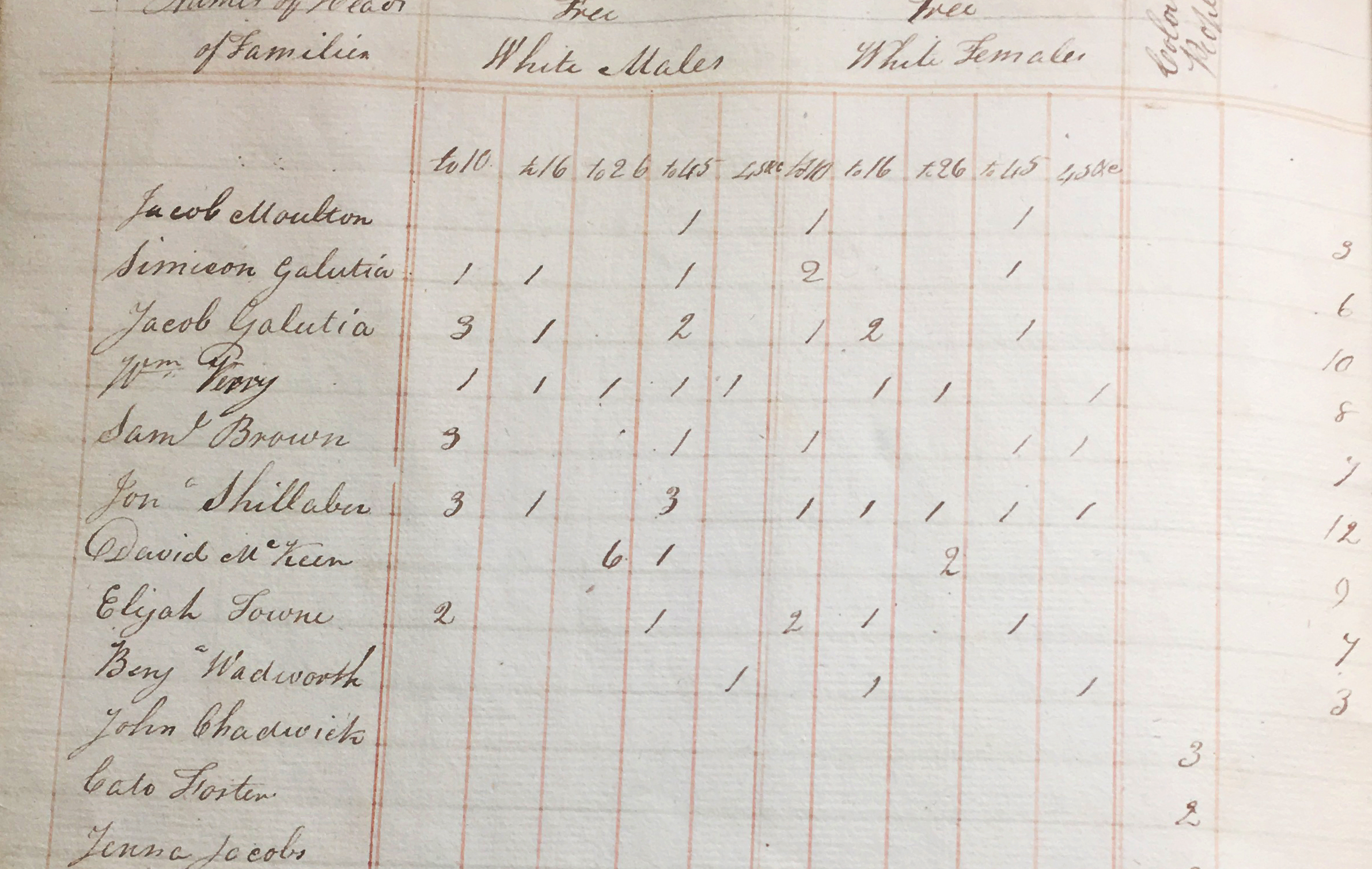 The 1810 Federal Census for Salem was part of a selection of uncatalogued records in the Phillips Library’s possession. In February 2021, it ran social media posts on Instagram and Twitter about the document. It wasn’t until the National Archives and Records Administration (NARA) saw these posts and reached out that the Phillips Library realized theirs was the only surviving copy. Plans were then made for its transfer to NARA, the current guardian of historic U.S. Federal Censuses.

Censuses enumerated from 1790 to 1820 were originally filed in their respective district court (state) or superior court (territory). Eventually, in 1830, the courts were asked to forward their 1790–1820 census holdings to the Department of State. Unfortunately, some courts took poor care of the first four censuses, so many of these records have been lost or presumed lost, as was the case with the 1810 Federal Census for Salem.

Before returning the original pages of the census to NARA, the Phillips Library digitized the pages in color. Those files were then provided to American Ancestors to be indexed and turned into a searchable format in this new database.

What Will You Find?

There are likely dozens, if not hundreds, more “missing” census records across the country that are stored in courthouse archives, historical societies, libraries, etc., which staffs don’t realize they have in their possession. American Ancestors hopes that this case study will encourage other organizations to take a closer look and see if they find census documents in their repositories so that they might become accessible to all.

People and Pages of Note on this Census

All of the following pages are available as images; all photographs taken by the Peabody Essex Museum (PEM).

Persons listed below in bold are enumerated by name on the census; others are represented by tally marks.

Page 1: first page of the census, with a text description of each column. On the top left, the date is recorded with the census day,* Aug 6, under it. To the right, there is a separate column for free persons ofcolor.(1810_Census_001)

Page 2: counts of people with no column labels. The column on the far right is the count of people in the household. There are running totals at the bottom of the page. (1810_Census_002)

Page 3 (15th from top): Andrew Symonds is the first person of color to appear on this census. He had a family of seven in the household. (1810_Census_003)

*Census day is the day that determines who is counted in the census and where they are counted. In 1810 that day was August 6; in present day, it’s April 1.

American Ancestors is a national center for family history, heritage, and culture. It is the global brand of New England Historic Genealogical Society (NEHGS), America's oldest and largest genealogical society (founded 1845). American Ancestors serves more than 350,000 members and millions of online users engaged in family history nationally and around the world through its website AmericanAncestors.org with more than 1.4 billion names in its databases. Its national headquarters, located in Boston’s Back Bay, is home to a world-class research library and archive, an expert staff, and the Wyner Family Jewish Heritage Center. It maintains a publishing division which produces original genealogical research, scholarship, and educational materials, including the Register, the flagship journal of American genealogy since 1847; American Ancestors, its award-winning magazine; and Mayflower Descendant, a quarterly journal of Pilgrim genealogy and history.