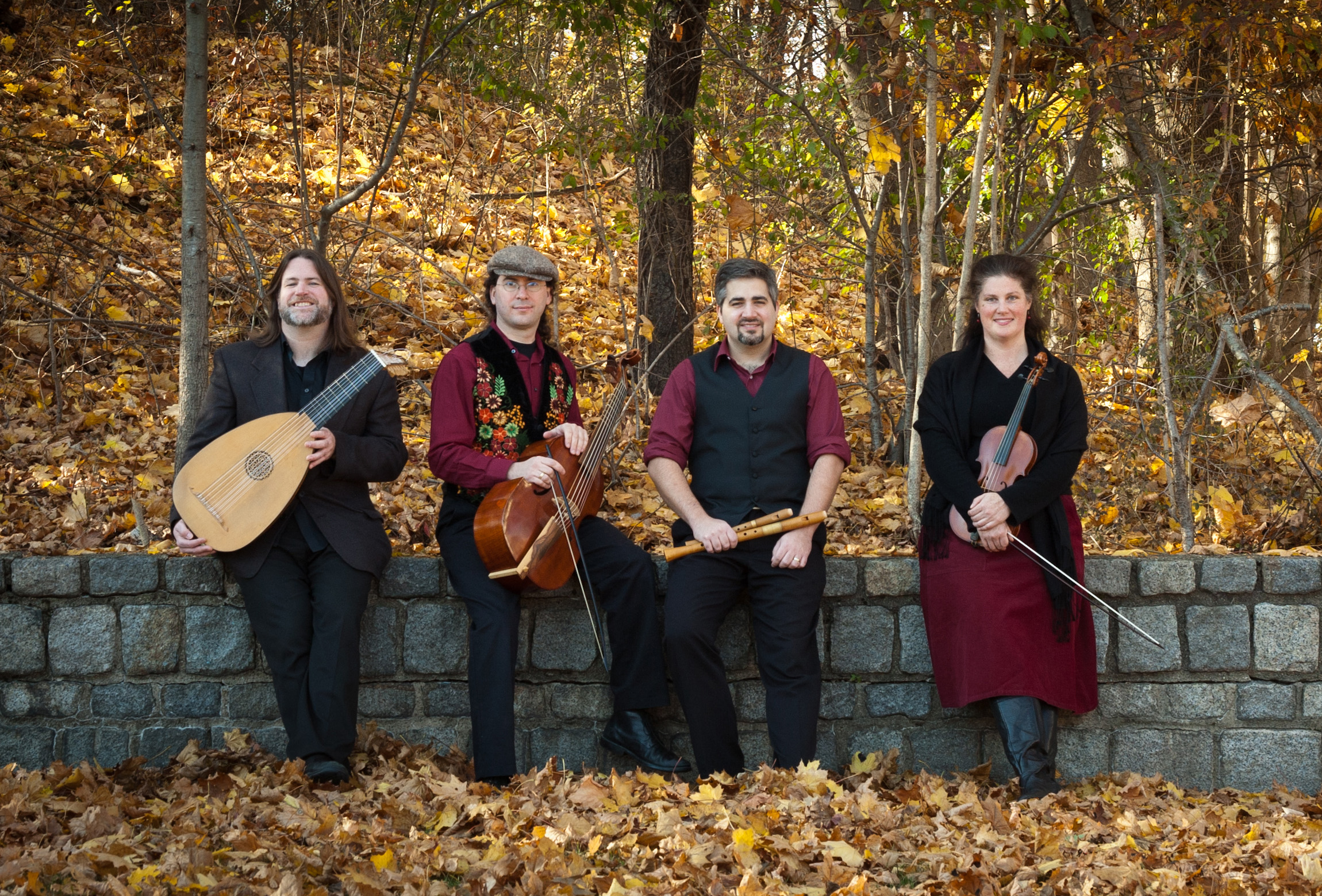 January 27, 2020—Boston, Massachusetts—The landing of the Mayflower on the shores of Massachusetts in 1620 forever changed the history and cultures of four nations: America, England, the Netherlands, and the Wampanoag. Throughout the 2020 Mayflower 400 commemorative year, American Ancestors | New England Historic Genealogical Society (NEHGS) will host a Four Nation Concert Series to examine how the themes of the Mayflower story—exploration, innovation, religious freedom, self-governance, immigration, and Thanksgiving—have been expressed through the historical and more contemporary musical traditions of each nation. With performances offered quarterly in February, May, August, and November 2020, at the American Ancestors Research Center in Boston’s Back Bay, this series combines musical performance with scholarly discussion and features a wide range of artists, instruments, customs, and topics.

Contrary to what the history books tell us, the Plimoth colonists, or Pilgrims as they were later called, were a highly diverse, sometimes fractious group of Separatists and Anglicans, religious zealots and irreverent opportunists from many walks of life. They brought with them experiences of music as varied as their reasons for coming to the New World.

To open the American Ancestors Four Nation Concert Series, on Monday, February 13, the musical group Seven Times Salt will appear in “Pilgrims’ Progress,” an hour-long lecture-concert which follows the settlers from their homes in turbulent 1590s England to religious refuge in the Netherlands, and onward to challenging new lives on the unfamiliar shores of New England. Their performance will take the audience back 400 years to the time of the Mayflower landing with music of the Elizabethan tavern and theater, spirited catches by Thomas Ravenscroft, selections from the Dutch ‘t Uitnement Kabinet, stirring psalms from the Ainsworth Psalter, and vigorous tunes from Playford’s The English Dancing Master, all performed with period instruments and dialect.

New England Historic Genealogical Society (NEHGS), with its national headquarters located in Boston’s Back Bay, is the oldest and largest genealogical society in America. NEHGS and its American Ancestors brand serve more than 260,000 members and millions of online users engaged in family history nationally and around the world. It is home to a world-class research library and archive, and an expert staff. NEHGS offers an award-winning genealogical research website at AmericanAncestors.org with more than 1.4 billion records and maintains a publishing division which produces original genealogical research, scholarship, and educational materials, including Mayflower Descendant, a biannual journal of Pilgrim genealogy and history.

Seven Times Salt is a Boston-based early music ensemble specializing in repertoire of the 16th and 17th centuries. Praised for creative programming and an “impeccably balanced sound,” the group has performed since 2003 at venues throughout New England including Boston’s Museum of Fine Arts, the Isabella Stewart Gardner Museum, Plimoth Plantation, Boston Public Library, New England Folk Festival, WGBH radio, and many others. The group has researched and presented original programs for music festivals, college residencies, theatrical productions, historical societies, and their own self-produced concert series. The musicians of Seven Times Salt delight in blurring the lines between “art music” and folk tunes, and feel at ease performing in the concert hall, the dance hall, or the beer hall! In Winter 2019, Seven Times Salt released their latest album Pilgrims' Progress, which will be offered for sale after the event at American Ancestors Research Center.