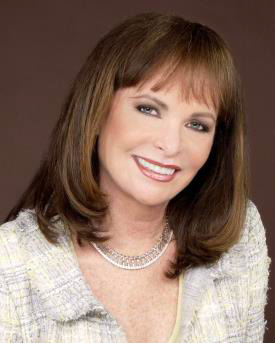 Portrait of Carolyn A. Lynch 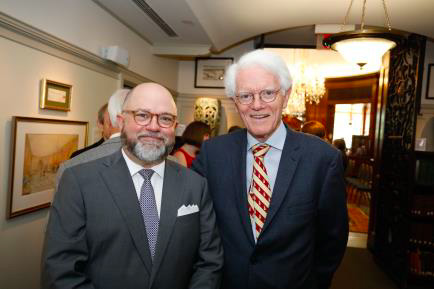 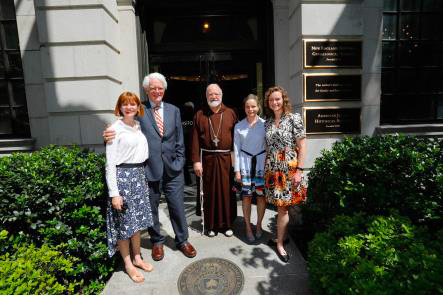 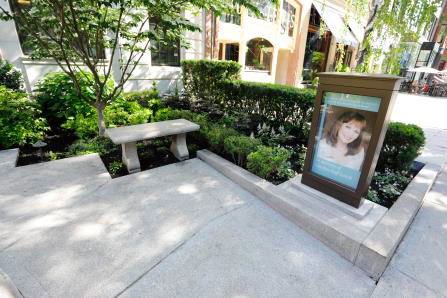 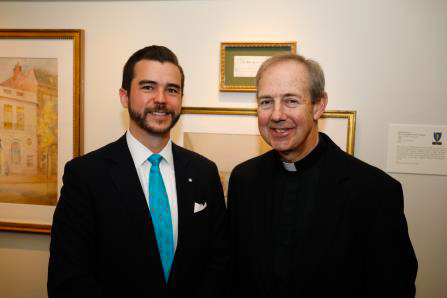 June 15, 2018—Boston, Massachusetts— The late Boston philanthropist Carolyn A. Lynch, who died in 2015, was recognized in a ceremony on Friday, June 8, 2018 dedicating a garden in her memory in the front courtyard of the New England Historic Genealogical Society (NEHGS) at 99-101 Newbury Street in the Back Bay, where she served as a longtime trustee and Vice Chairman of the Board of Trustees.

Speaking at the dedication were her husband, Peter Lynch, of Fidelity Investments, and D. Brenton Simons, NEHGS President and CEO, who recalled her work in advancing the organization and her talents as an extraordinary gardener. “Carolyn knew that even a small urban green space would make our institution more welcoming to the public,” said Simons.

Guests at the dedication were led in prayer by Cardinal Seán O’Malley, who spoke of Mrs. Lynch’s personal accomplishments and generosity to many institutions. He blessed the garden in her memory as guests gathered in the courtyard.

Carolyn Lynch was an award-winning gardener and in 2011 oversaw, with Gregory Lombardi Design, the redesign of the garden now named in her memory. It was opened in that year in a ribbon-cutting ceremony with Mayor Thomas Menino and was later recognized with the Magnolia Award of the Garden Club of the Back Bay and the Bulfinch Award of the Institute for Classical Architecture and Art.

Today, the Carolyn A. Lynch Garden serves as a welcoming entrance to one of Boston’s oldest cultural organizations and the largest history membership organization in Massachusetts. Serving more than 250,000 members nationwide with more than 1.4 billion records at AmericanAncestors.org, the organization is also known to television viewers as the anchor location of the popular PBS series Finding Your Roots with Henry Louis Gates, Jr. In 2017, the organization launched a multi-year collaboration with the Roman Catholic Archdiocese of Boston to create an online searchable database of millions of sacramental records from more than 100 parishes across eastern Massachusetts. The Historic Catholic Records Online Project marks the first time a significant number of sacramental records from any U.S.-based archdiocese have been made available in an online digital format.

The Carolyn A. Lynch Garden features seasonal plantings, many chosen from notes left by Mrs. Lynch. Newbury Street pedestrians and NEHGS patrons can relax on park benches in the garden and enjoy solitude and birdsong on one of the city’s busiest streets.

As co-creator, President, and Chief Executive of the Lynch Foundation, Mrs. Lynch was known for her hands-on approach to philanthropy, carefully vetting and personally nurturing the many causes she supported. Her passionate commitment to education and culture was reflected in her philanthropic support of urban programs, elementary and higher education, cultural and arts programs, and historic preservation.