“As an expert in the museum and security fields and talented writer of several bestselling books, we’re delighted to welcome Anthony as the guest speaker for our annual summer event,” said Brenton Simons. “It will be a memorable evening of art, true crime, and intrigue, where attendees will no doubt be engrossed by his compelling account of one of the most fascinating art heists of our time.” 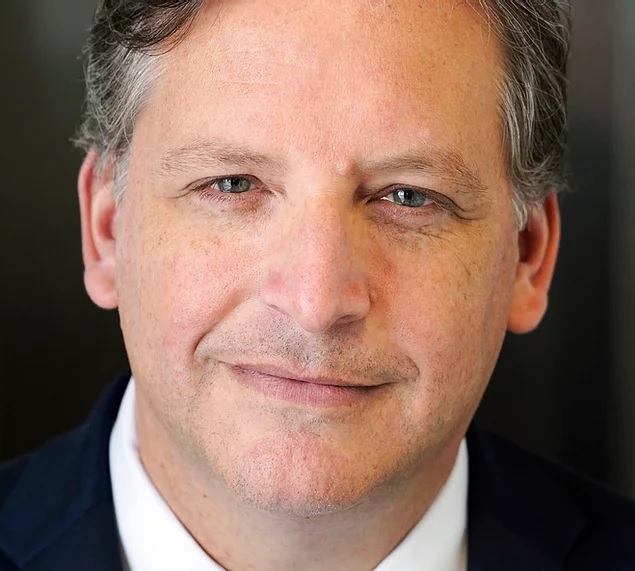 Amore is an author and expert in security matters, especially those related to art and homeland security. As Director of Security and Chief Investigator at the Isabella Stewart Gardner Museum in Boston, he is charged with the ongoing efforts to recover thirteen works of art stolen from the museum in 1990. His latest work, The Woman Who Stole Vermeer (2020), profiles Rose Dugdale, the 33-year-old British heiress who in 1974 orchestrated the largest art heist at the time: the theft of 19 works from Russborough House in Ireland. He also co-authored, with reporter Tom Mashberg, Stealing Rembrandts: The Untold Stories of Notorious Art Heists (2011) and is the author of The Art of the Con: The Most Notorious Fakes, Frauds and Forgeries in the Art World (2015).

Prior to joining the Gardner Museum, Amore spent 14 years with the federal government in the law enforcement and security field. Most recently, he served with the U.S. Department of Homeland Security’s Transportation Security Administration (TSA) as a key adviser to the Federal Security Director at Logan International Airport in Boston. Amore served as the Operations Officer and oversaw the training, equipping, and deployment of more than 1,000 federal screeners. In addition, he was responsible for the implementation of the nation’s most advanced checked baggage screening program at Logan Airport as part of the federal response to the attacks of September 11, 2001.

Amore then assumed the role of Assistant Federal Security Director for Screening and was directly responsible for all security screening operations at Logan Airport, Hanscom Field, and Worcester Airport. He also served the TSA as the Assistant Federal Security Director for Regulatory Inspections, responsible for the enforcement of federal transportation security laws and regulations at the aforementioned airports. Amore was the primary author of key documents, such as the agency’s first local strategic plan; the study that helped shape the reorganization and regionalization of the national agency; and an analytical study of the effectiveness of the federal screening program. He was also the agency’s first Assistant Federal Security Director to introduce behavioral observation training with the TSA workforce.

Prior to joining the TSA, Amore served as a Special Agent with the Federal Aviation Administration’s (FAA) Security Division, where he oversaw all federal security operations at T. F. Green International Airport in Rhode Island after the terrorist attacks of 9/11. In this capacity, he was one of five Special Assignment Managers in the nation and oversaw not only the deployment of the nation’s first federal screeners, but also the installation of more than $15 million of explosive detection equipment.

In December of 2001, Amore served as the FAA’s lead agent responding to the attempted terrorist attack by Richard Reid, the so-called “Shoe Bomber.” He has also served as an Inspector and Port Intelligence Officer with the Department of Justice’s Immigration and Naturalization Service in Boston.

In 2002 and 2003, Amore was nominated by his superiors for a Service to America Medal. He holds a Bachelor of Arts degree from the University of Rhode Island and a Master of Public Administration from Harvard University’s John F. Kennedy School of Government.

American Ancestors is a national center for family history, heritage, and culture. It is the global brand of New England Historic Genealogical Society (NEHGS), America's oldest and largest genealogical society (founded 1845). American Ancestors serves more than 350,000 members and millions of online users engaged in family history nationally and around the world through its website AmericanAncestors.org with more than 1.4 billion names in its databases. Its national headquarters, located in Boston’s Back Bay, is home to a world-class research center and archive, an expert staff, and the Wyner Family Jewish Heritage Center. It maintains a publishing division which produces original genealogical research, scholarship, and educational materials, including the Register, the flagship journal of American genealogy since 1847; American Ancestors, its award-winning magazine; and Mayflower Descendant, a quarterly journal of Pilgrim genealogy and history.