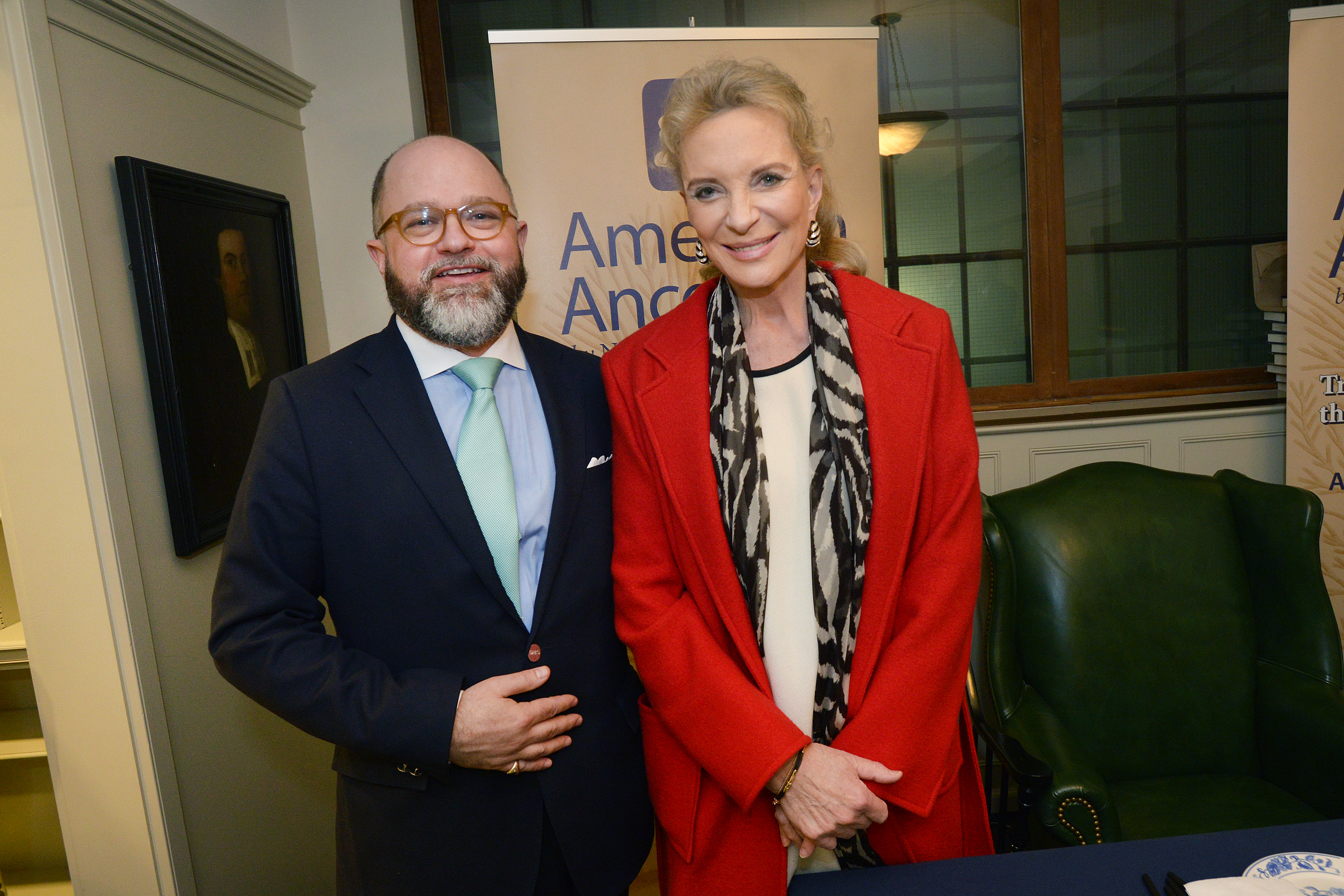 April 14, 2015—Boston, Massachusetts— The nation’s founding genealogical institution, New England Historic Genealogical Society (NEHGS), began its 170th year in Boston with a celebration featuring a member of the English Royal family, HRH Princess Michael of Kent. Princess Michael, who lives at Kensington Palace with her husband, HRH Prince Michael of Kent, the first cousin of Her Majesty Queen Elizabeth II, visited the genealogical society to receive a Lifetime Achievement Award in history and biography and to speak on her recent book The Queen of Four Kingdoms.

NEHGS President and CEO D. Brenton Simons presented the award to Princess Michael for her outstanding achievement as an historian and author and regaled her with news of some of her distant American kinships, including George Washington, Thomas Jefferson, John Quincy Adams, and Franklin Delano Roosevelt. “The Princess’s kinship to Franklin Roosevelt is especially fitting,” said Simons, “because FDR was a godfather to her husband, Prince Michael, who even has ‘Franklin’ as one of his middle names.”